Context of the review – This review was written after 4 plays at the 4 player count. Gap Closer Games provided a Deluxe Kickstarter copy of the game for review. There are no further arrangements, commercial or otherwise between Gap Closer Games and Next Player Australia.

I tend to swing towards Euro games and Solo games, but I am also a family gamer so when the opportunity came to check out Rival Restaurants came up I jumped at the chance. I received the Deluxe KS copy of Rival Restaurants before Christmas and it has been an absolute hoot to play with the family.

The core of the game revolves around set collection – collect the ingredients that you need to make your recipes, but the game is far deeper than that. There are 3 phases to the game which equate to:

Buy and Barter – go to the market the you identified and buy from the market or other players (or enter a bidding war). This phase has a 60 second timer which adds to the stress and pressure of making sure you get the right ingredeints.

Cook and Counter – complete any recipes that you have the ingredients for and reset the markets for the next round. 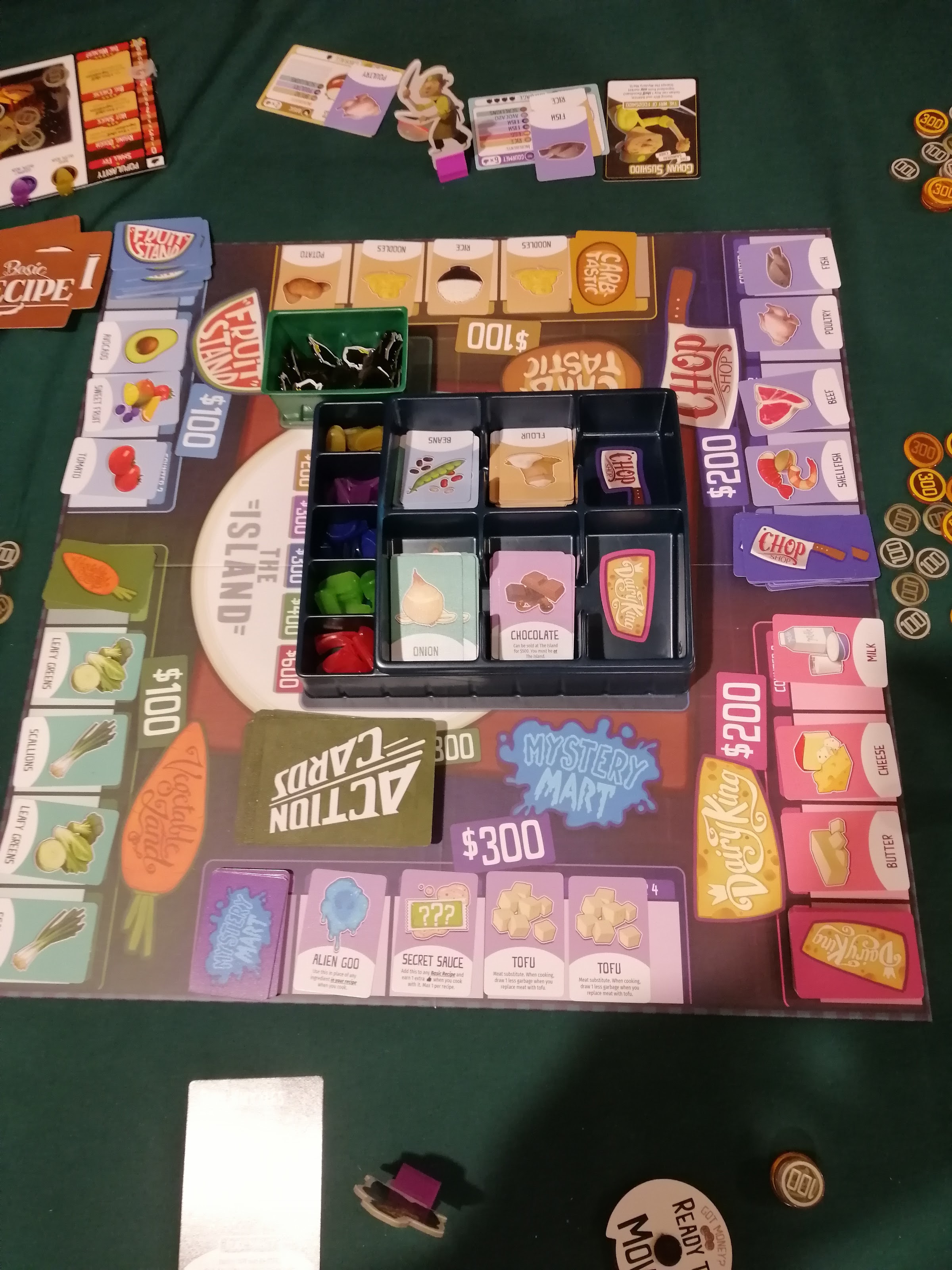 I love games for the family that are a race to the finish, one of our family favourites is King of Tokyo, I find that these games allow one player to win without too many hurt feelings about the further positions. When a player hits 20 points based on the recipes they have cooked, they are the winner.

Thematically, the game is great too, from the silly restaurant names to the frenetic pace of getting the right ingredients through to acquiring rubbish for the successful completion of a recipe. There is a great pace to the game throughout and with 4 players I found that we were often finishing in around 45mins to an hour.

Component quality is fantastic, however I can only comment on the Deluxe Kickstarter edition of the game. The tray for discards, acrylic coins and garbage tokens are all top quality. Card stock is just right, with no corners being cut in cost or production.

The game also allows the purchasing of bonuses whether that is added income or the ability to complete more than one recipe at a time. These bonuses add a good little push and allow you to particularly work on your own strategy and how you want to earn your points. I found that towards the last rounds of the game that I was generating too much money per turn, however when I realsied that I can purchase from other players this soon stopped being a problem.

I found that some of the actions were difficult to take for younger players especially. Working out what player powers were or what action cards could be played means that there is a lot to think about. I actually found that removing action cards (which provide bonus actions on you or other players) was the best way to start. After a few games I reintroduced the cards and it was easier for players to understand.

While not a specific problem, I find that the game will play better at higher player counts as there will be greater interaction and competition for ingredients which lead to bidding wars. This interaction is a great element to the game, however younger players may need some guidance on how much they should bid at a time.

I’m a big fan of this game, which has an expansion releasing on Kickstarter soon, and will happily play it with the family. The level of interactivity is great and younger players will also love this game, my youngest is always asking for more of it and trying to get it to the table at every chance, so that has to say something about it’s appeal.

One of the problems that I have found about bidding games in the past is that they are often quite dry, Rival Restaurants is not like this at all and allows for a great deal of interaction, accessibility to a wide range of age and experience levels and is generally a joy to play.

Make sure to check out the Gap Closer Games Kickstarter for the expansion when it releases very soon.

When to avoid a Kickstarter